At the time the longest arts documentary the BBC had ever shown, this film is about the fascination and meaning of drawing; why we draw, what we draw, what has been drawn and how drawing differs from painting or photography.

During the course of it David Hockney makes two drawings of one of his favourite subjects, Celia Birtwell. The caricaturist and illustrator Ralph Steadman is seen at work in his studio, as well as drawing some of the regulars in his local pub. And the American Jim Dine, well-known first in the 60’ as a pop artist, completes this trio of contemporary artists, all of them preoccupied by drawing and talking freely, not only about their own approach, but about the work of other artists they admire. The film also includes unique archive film and photographs of Matisse and Giacometti, as well as quotations from the notebooks and letters of major European artists from Leonardo da Vinci to Degas and Van Gogh.

But, of course, drawing isn’t restricted to artists. It’s probably something we’ve all attempted at some time in our lives, whether it be our childish scribbles or adult doodles. So, in this film, we watch how children’s drawings change and develop over the years, look over the shoulders of street artists outside the National Portrait Gallery, observe a student art class at Camberwell School of Art, conducted by Frances Hoyland, and share the problems and pleasures of making landscape drawings with members of an adult education class on Hampstead Heath.

The film also includes important contributions by the art historian Philip Rawson, curator of the Gulbenkian Museum of Oriental Art in Durham, He has been concerned with drawing all his life and written one of the major books about it. He discusses many aspects of the subject (from Stone Age hunter art to modern conceptual drawings) in an informal conversation stimulated by and focussed around a viewing of sequences throughout the film. 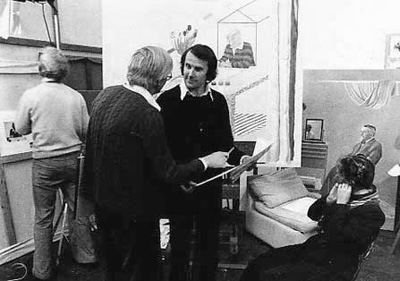 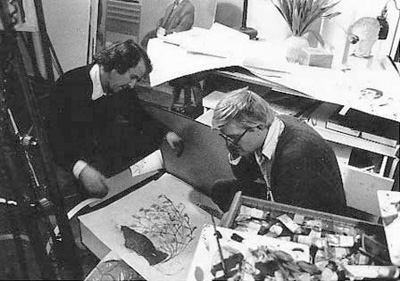 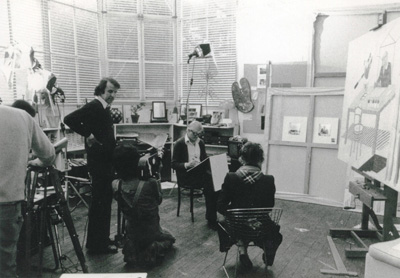 How gladdening it was, as Seeing Through Drawing went on its single-minded quest, to hear the ranks of history’s great draughstmen all speak with united voice. Leonore was there, talking about his dissection drawings; Olympian awareness of hard-won triumph. Rodin was there, with the vibrant figure-drawings he made without taking his eyes off the model… Van Gogh was there, depicting the vitality in the soil and extolling the loving drugery of painting things the fashionable academics never failed to notice.

What goes on in this intense and primary way of looking at the world? The programme answers its own questions with unforced eclecticism, setting children beside Klee, Sunday painters beside students, and Hockney beside Matisse beside Giacometti beside Jim Dine beside a street artist, all filmed in the act of making a personal portrait from life…Windy celebration was kept to a minimum throughout.